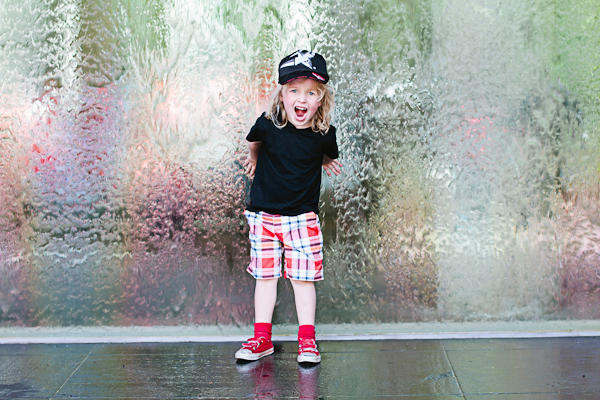 I floated the idea on facebook about hosting a workshop for parents who want to learn some handy tips and tricks for taking great photos of your kids, and there's been lots of interest so I'm locking a Melbourne workshop in!  If there's enough interest in Bendigo I'm happy to run a workshop there as well - let me know if you're keen ilona@ilonanelson.com.

We will go over the basics of photography, bring your camera and we'll do an outside and indoor shoot, go through some editing, and have a Q+A.  The workshop will suit anyone who loves photography and wants to learn more, and the camera equipment you already have is all you need.

Places are limited to 6 so book your spot today!! 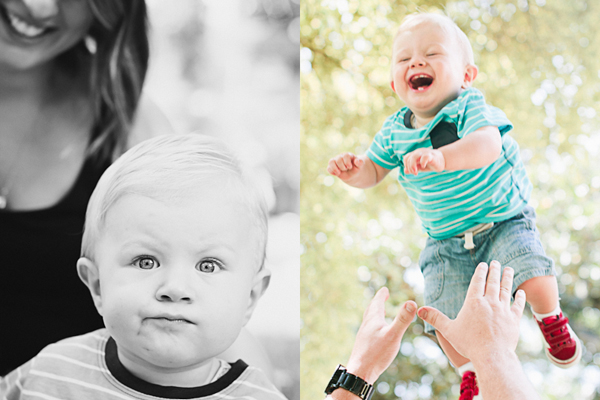 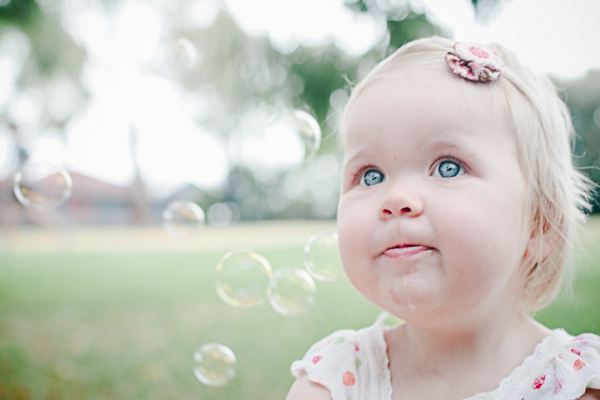 Posted by ilona nelson at 21:31 No comments:

my heart of trees - Behind The Scenes

I turned into the driveway on auto pilot as I'd done a trillion times before.  But this time I wasn't coming home, I was knocking on the door of a stranger to ask if I can borrow a bit of the paddock to shoot a photo.

M&D moved into town three years ago but I still feel like I should be pulling into that horseshoe driveway, I have to consciously think about where I'm going otherwise my body steers me to the bush. I"m not sure how to describe how it felt being home again.  It was interesting to sit back a bit and watch the different emotions float around me which was everything from I belong here, this is where I should be, to I wonder if I could buy the property when they move?  (my plans of winning tattslotto without entering hasn't come to fruition... yet)  I don't think I actually want to move there, it's more that I've been feeling a bit lost and nostalgic lately.  Running around barefoot in the bush sets me free and grounds me at the same time, then I'm back on my way again.

The new owner was more than accommodating and welcoming, and it turns out her teenage son is on his way to becoming an artist so we had a big chat about that.  She introduced me as a real live artist which makes me chuckle.  She also said she'd love to see what I created that day so I'll go and visit when I'm out that way again.  Which is kinda nice.

Anyhoo without further ado, here is a little BTS video I made of me shooting my heart of trees...

This is the photo straight from the camera; 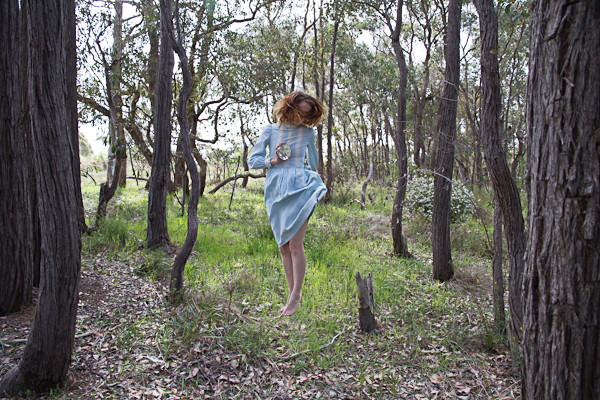 When editing I didn't add too much to the image as with the light behind me it already looks a little surreal.  If I brought a lot more into the photo it looked like I had plonked myself onto the image in photoshop.  In a super dodgy way. 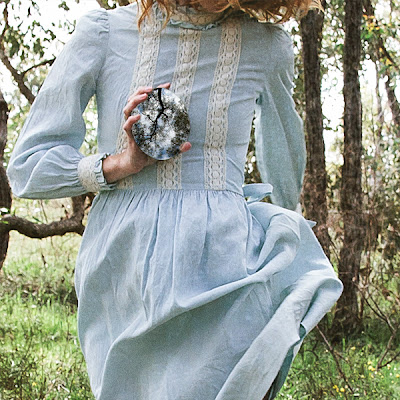 So all I did was add some texture and warm it up by adding yellow tones and this is the final result! 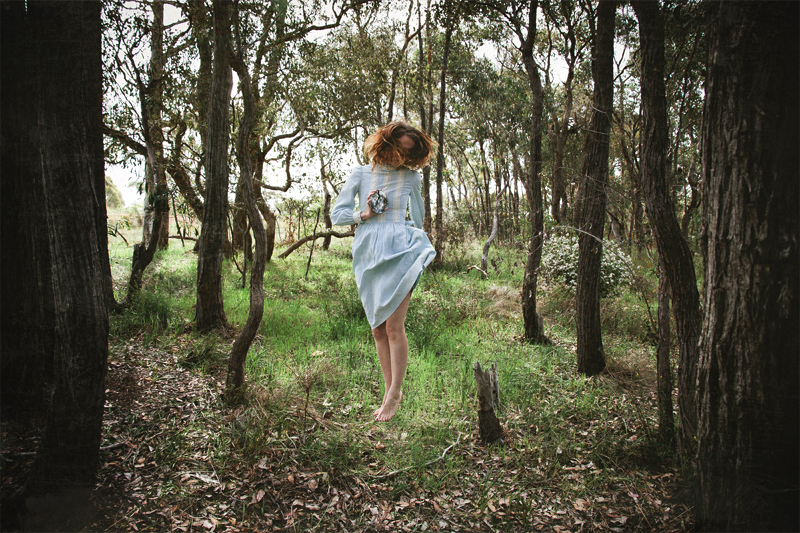 I did 103 jumps by the way.  My (lack of) fitness is no match for that and my muscles were not amused, walking wasn't an enjoyable pastime for a couple of days...

Email ThisBlogThis!Share to TwitterShare to FacebookShare to Pinterest
Labels: 103 jumps is not fun times, behind the scenes, fine art photography, my heart of trees, self portrait 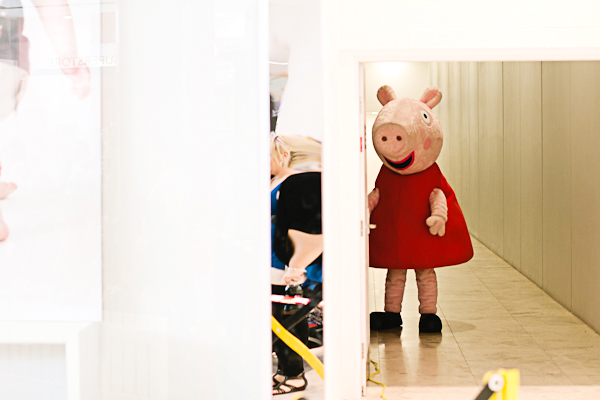 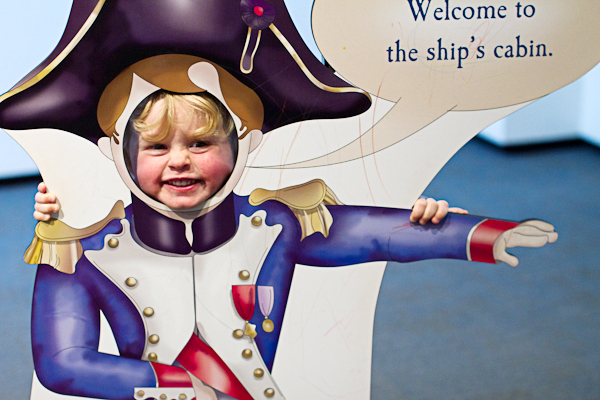 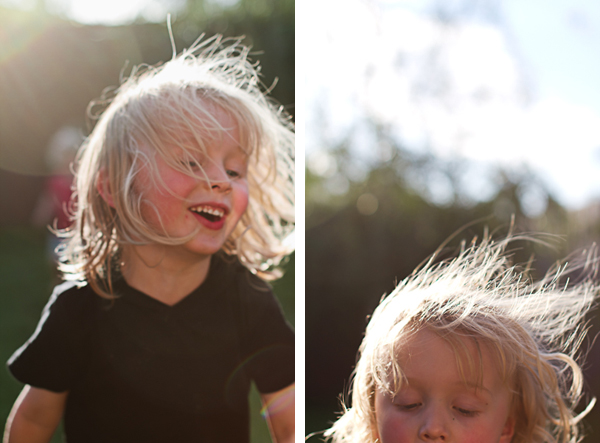 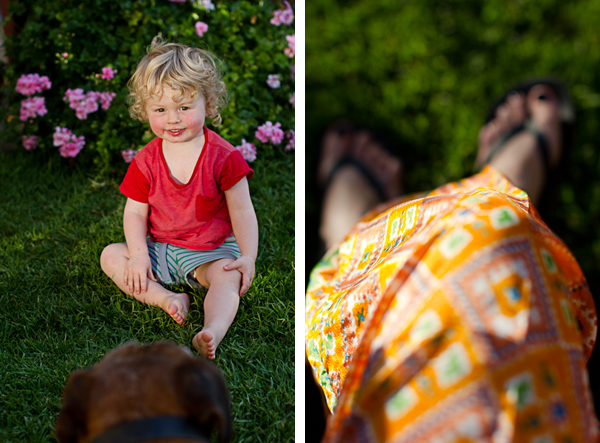 Posted by ilona nelson at 21:21 No comments:

it was, because of two.

I got lost in sleep deprivation and nappies and tryingtocrammoreintoeverydaythanisphysicallypossible.

Every time I listen to Bowie I love him even more.  (sorry, got sidetracked)


I have known for a very, very long time what lies in my heart of hearts, but I didn't admit it out loud until I told my husband a couple of weeks ago...  And that is, that I'm saying goodbye to Illy Photography to focus on fine art.

I didn't want to admit this for many reasons.  (It's crazy to turn my back on Illy when I have been building the business for so long!  I always have such awesome clients I'll miss them!  How is this going to work??)  But once I did I felt relieved.  A physical weight off my shoulders.  I cannot believe how much brain space and physical time it has freed up.  I had no idea how long I spent looking at wedding blogs, comparing myself, scrutinising.  I no longer have a list of gear I think I need, I already have plenty.  Resistance creates stress, as my kinesiologist says.  (Ps.  How awesome is kinesiology??  Wish I'd got on that train earlier!)

What does the future hold?  I have no idea which is ridiculously freeing and exciting.  For starters, I have 7 series' worth of work in my head so that should keep me busy for a while.  I'm hosting the first The White Cube Workshop in December which I'm also super duper excited about as I want to help emerging artists.  When I left Uni I was clueless about putting on an exhibition, marketing, grant writing and everything else that comes with it.  I've recently started mentoring which I love and can't wait to do more of.  I'm thinking of doing a workshop for parents who are interested in photography and want to learn handy tips and tricks for getting great shots of their kids (let me know if you're keen!).  There may be an e-book or two at some stage.  I want to keep pushing the limit of what people define a photograph as.  I'm petrified of shooting artist portraits so I'd like to do that.

Please stay in touch, you can find me amongst the inter webs here:

Posted by ilona nelson at 16:04 No comments:

Email ThisBlogThis!Share to TwitterShare to FacebookShare to Pinterest
Labels: changes, every time I listen to Bowie I love him even more, excitement, fine art portraiture, goodbye illy hello me, honesty, simplify

studio space for rent at the Cotton Mills, Footscray (Vic)

If you're hunting for a studio, look no further!

'Ok all you creatives in Melbourne, are you looking for an awesome studio space well we are looking for someone to share our wonderful, friendly, light studio in the Footscray Cotton Mills? We are losing one s

tudio member and have a beautiful space available. Its about 5m x 10m so heaps big enough to split between 2 or even 3.

If you want to find out more or to come and have a look please contact me by message (via www.erikagofton.com).  You'll love it!!!

Posted by ilona nelson at 14:11 No comments:

each leaf and every petal, embracing a memory 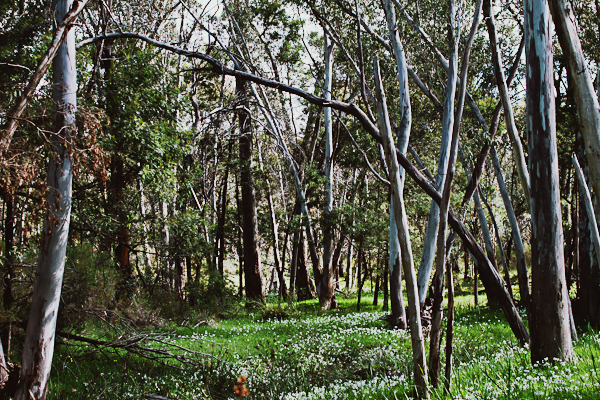 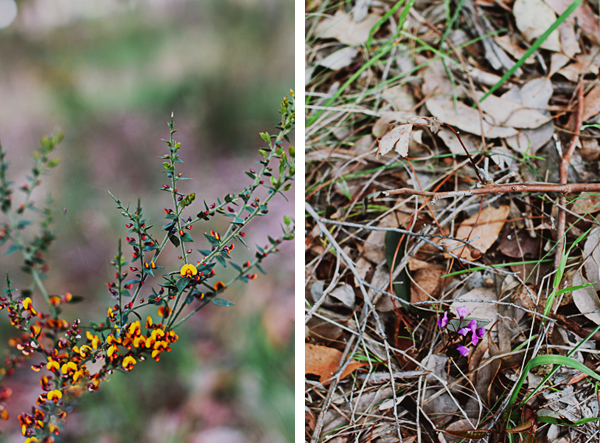 Email ThisBlogThis!Share to TwitterShare to FacebookShare to Pinterest
Labels: bush flowers, country Victoria, each leaf and every petal embracing a memory, ilona nelson

tough day at the office. 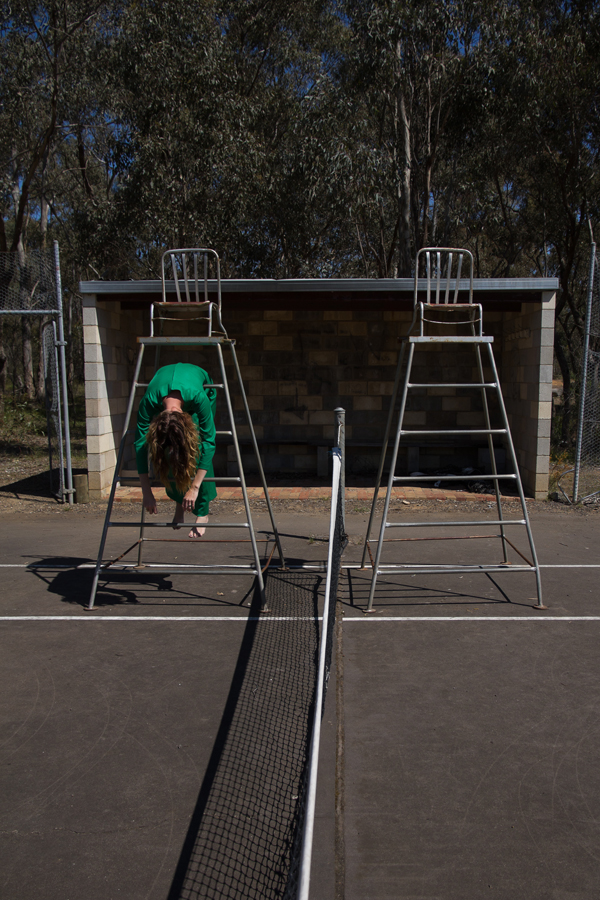 I had a tough day at the office on Tuesday.

Since having the boys I have my shoots planned in my head from the pose to the costumes, then when I have a chance to take the photos I'm totally prepared and can make the most of my limited time.  Tuesday was different.  I had an idea I wanted to try at the country tennis courts I used to play on when I was a kid, but it wasn't really planned, it was just an idea.  When I was out there it so wasn't happening.

My remote was running out of batteries so I was jumping and balancing on my ribs for way too long.  The beautiful flowers I wanted in the image weren't working either.  I couldn't find the right composition.  I wanted to shoot through the wire fence but again, the remote wasn't cooperating.  There were horse riders regularly passing by and I'm not keen on an audience when I shoot self portraits, I get a bit embarrassed jumping around in front of the camera!  It was a beautiful day but the light was too harsh for what I had in mind.  Finally the horses left and I felt I had some space to make progress, then some people wanted to use the courts.  I packed up.

These self portraits are just for me.  They're not for a particular series, exhibition or competition.  I feel like that gives me the freedom to push myself.  Like embracing the sun and shooting at high noon, and creating a 'straight' image.  The photograph above, free, is straight from the camera with only a touch of contrast and that's something I'm not normally comfortable with.  But for this image it was the only thing that worked as adding textures or introducing different tones was too much.  The harsh lighting and the performance within the photograph is enough.

When I was packing my gear in the car my ex neighbour turned up to tell me I could go to his family farm to do some photos if I wanted, but I had to be quick as they were putting it on the market very soon.  I drove there straight away as I didn't want to miss the opportunity and I felt relieved, like I'd been given another chance to get this idea to work.  The result is see (below).  I could have returned at dusk to capture that golden light but I wanted to keep pushing myself to use the sun and now when I step back to look at it, it's a very nostalgic photograph for me.  The bright blue cloudless sky, the tin, the daisies.  It all transports me back to my childhood, the freedom of growing up in the country.  Add the smell of the daises and my brain was about to implode with memories!

I still didn't get my idea to work.  It's tucked away for another day... 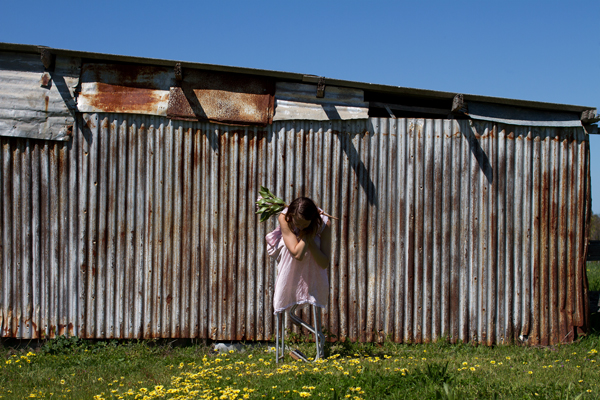 When I'm running around bare foot in the bush, I am free.